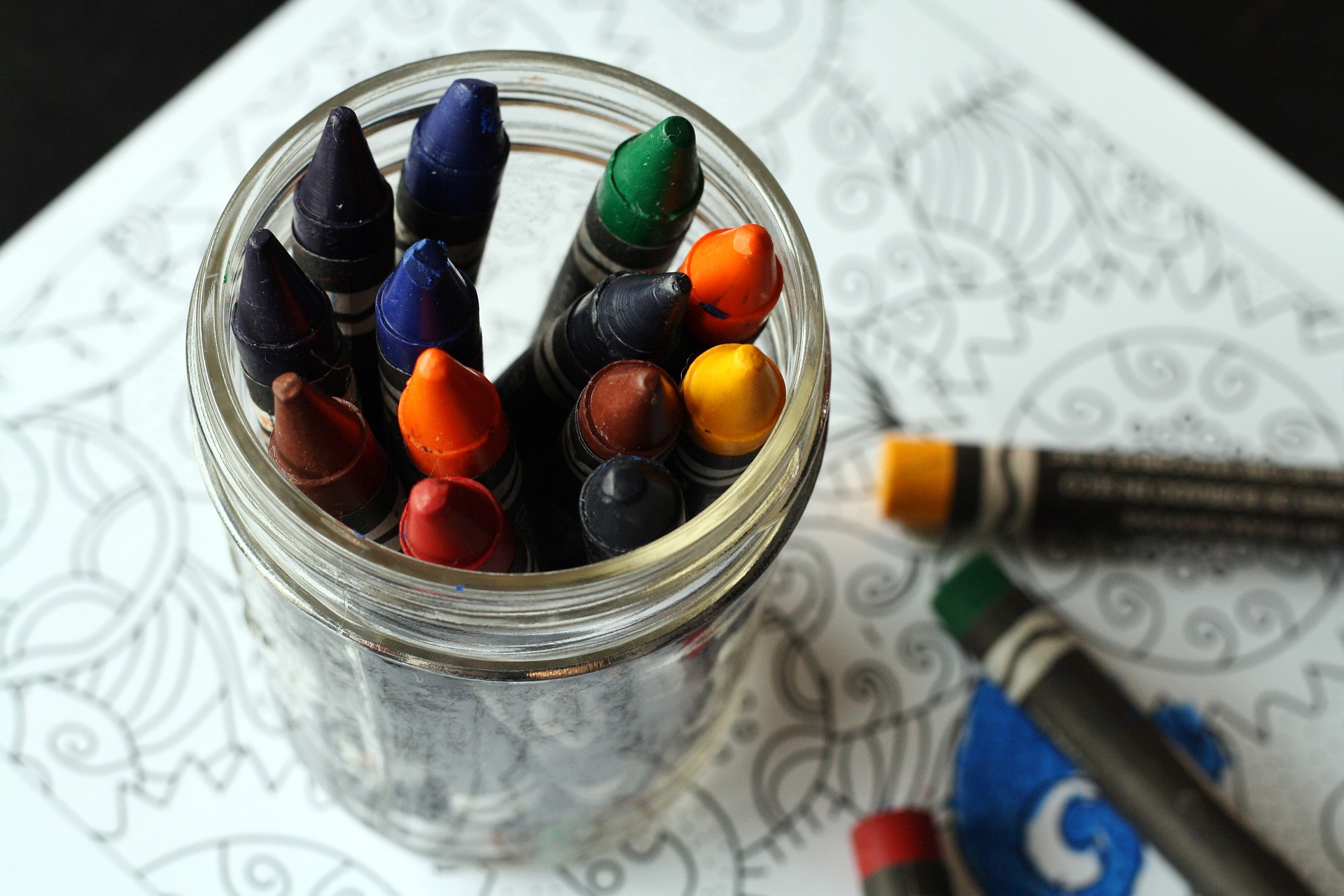 Last night, I went to the last kindergarten program that one of my children will participate in.  And the gravity of that statement didn’t hit me until about 10 minutes into the sweet photo slideshow that started off the program.  All of a sudden, there was this adorable picture of our Lucy at the Halloween Book Character Parade.  She was wearing her sister’s old flower girl dress, a crown made of fun foam, and she was proudly showing off her book, Princess Bess Gets Dressed.  In bright pink glasses, she smiled at the camera.  And that’s when it hit me.  Our family is done with kindergarten in just a precious few more days.

BAM!  Right in the ol’ heart with that one.

And then, naturally, my mind started drifting back to all of the end-of-kindergarten shows I’ve been to over the years.  They all had their own specialness, their own cuteness.  And they all had the feeling of “something is ending, Mama, so celebrate but be prepared.” 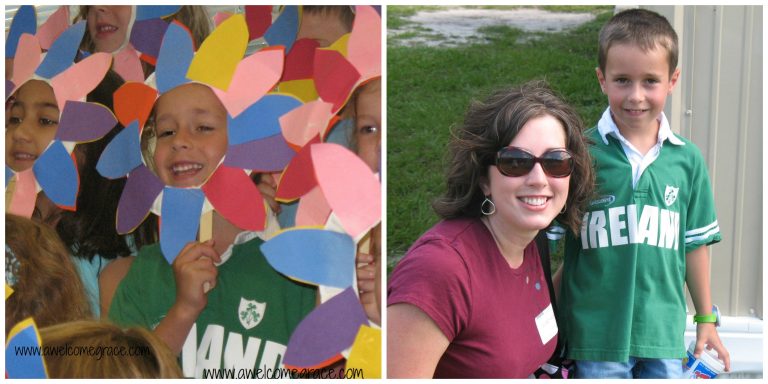 Adam was our first kindergartener.  His teacher was Mrs. Eaves and he adored her. I remember how proud he was to walk up on the risers in the classroom next to his where the two classes would perform together before we all went outside to have a Teddy Bear Picnic. I remember his smile as he held his flower mask up to his face and sang “Friends are Like Flowers” with the rest of the kids.  He was our first experiment with being parents to a public school kid. Our first year had gone well.  We were just so proud. 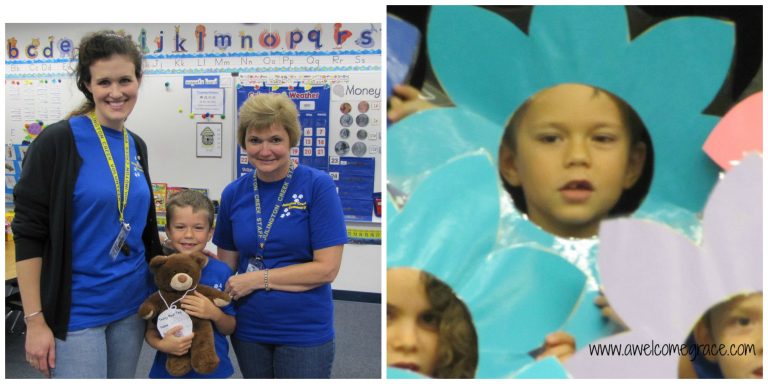 Josh came next in 2011.  He, too, had Mrs. Eaves.  We were right back in the same classroom and, again, I watched my boy hold a flower mask up to his face and sing about friends and flowers.  A few things had changed, though.  This little boy was missing a tooth and he had cut out a little chunk of hair right in the very front of his face.  He was a bit more of a troublemaker than his brother, but so endearing and so funny.  He had just become a big brother for the second time and we had moved out of the neighborhood he had known his whole little life.  At the end of the school year, he would be leaving his friends and starting first grade at a brand new school.  Man, I miss those cheeks something fierce. 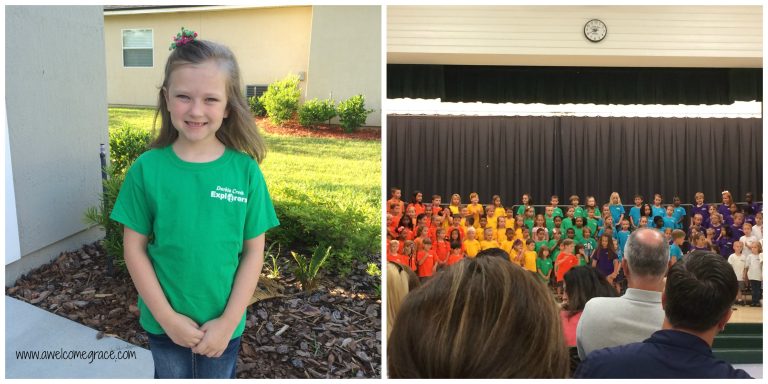 Leah had Mrs. Birmingham for kindergarten and thought her teacher hung the moon.  She had a little lisp and couldn’t say her Rs, though, and that’s an awfully long name for a kindergarten teacher so when Leah said it, it came out something like “Mithith Buhneenham.” It makes me chuckle just to think about it.  This little girl is a born performer, though, so she was ALL ABOUT this program.  We had been hearing the songs for weeks, but that didn’t keep all of the parents from laughing all the way through “Nah nah nah nah, nah nah nah nah! Kindergarten…bye bye!”  Once again, we knew that the end of kindergarten meant starting at a new school in the fall.  This time was easier, though, as our whole neighborhood would be changing to the beautiful brand new school that was set to open just down the street. 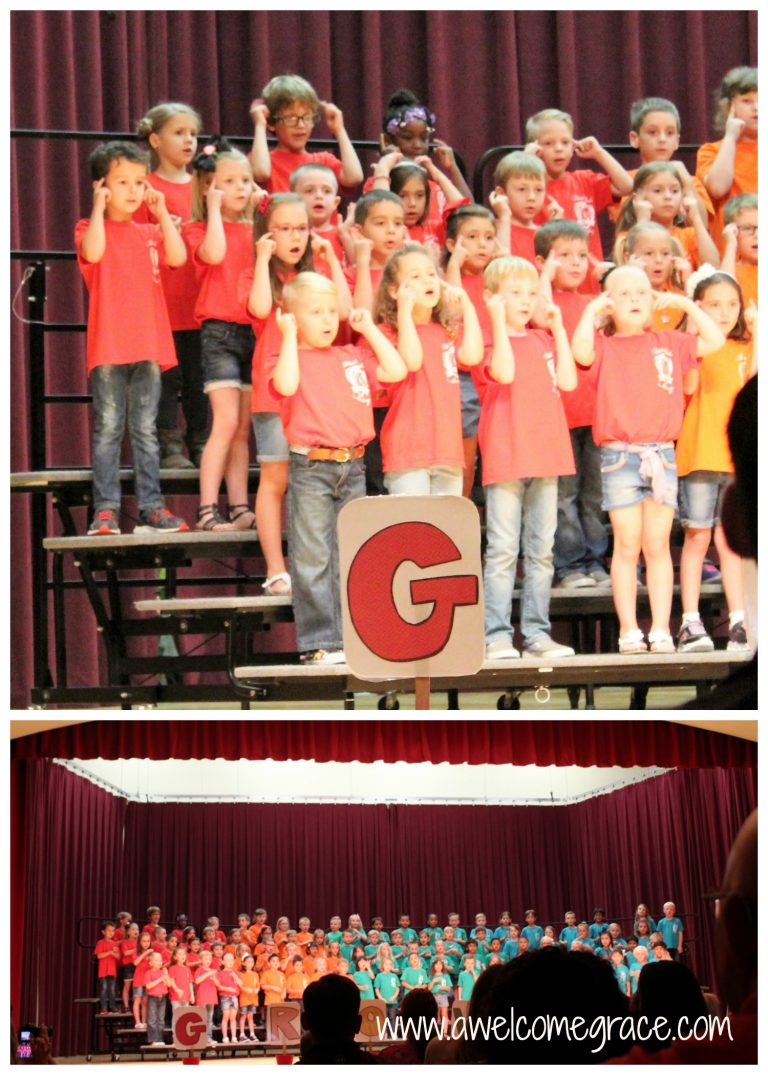 So, here we are, back to last night in that brand-new school’s third year, as I quietly wiped away a little bit of joy mixed with sadness that managed to leak out of my eyes.  Four of the kindergarten classes stood on the stage and sang things like “You’ve Got a Friend in Me” and “Celebration” and “The World is a Rainbow.” That last one was a doozy, friends.  If I hadn’t been crying by then, it would’ve done the trick!

Our littlest girl, our sweet, caring, quiet-until-she-knows-you, last precious kindergartener was singing and doing all the motions and being more precious than any kid has a right to be.  Or, more likely, she was being EXACTLY as precious as every child truly is. Her teacher, Mrs. Klumpp, was right up front, smiling her huge smile and being just amazing like she is every single day.

Thank you for pulling my kids’ teeth. For teaching them how to read.  For wiping their noses, tying their shoes, replacing their hairbows that just won’t stay put. For hugging them when they just don’t feel good.  For checking on them if they’ve been sick.  For celebrating their successes and encouraging them when they are challenged.  Thank you for starting them solidly on the path of “big kid school.” For instilling in them a love of learning and nurturing their God-given curiosity.

Mamas of kids who’ve all grown up, you told me.

You warned me that time flew and while I was in the trenches of diapers and toddlers and sleepless nights, I didn’t quite believe you. But that kindergartener who so happily held up his flower mask? Yeah, he just passed the test to get his learner’s permit and he’s 5’10”.  That one that was a snaggletooth with a self-inflicted haircut? He’s on the A Honor Roll in middle school.  The one that couldn’t talk quite right?  Well, she’s still performing and loving life at her new school…and she can say her Rs now.

Mamas of littles…I’m here for you.

I’ll try to remember not to tell you how fast it all goes, but instead help you enjoy where you are right now in this beautiful moment of whatever it is.  I’ll hug your kids at church.  I’ll babysit if you just can’t stand it anymore and need “one freakin’ half hour of peace.” And I’ll even supply you with tissues as those milestones pass and hit you like a ton of bricks.  Because I promise you, before you know it, those milestones will come.  And you’ll wonder how they got here so. dang. fast.

growing kidskindergartenmom lifeschool programs
4 Kitchen Tools I Just Can’t Live Without
Why This Blog? And Why Now?