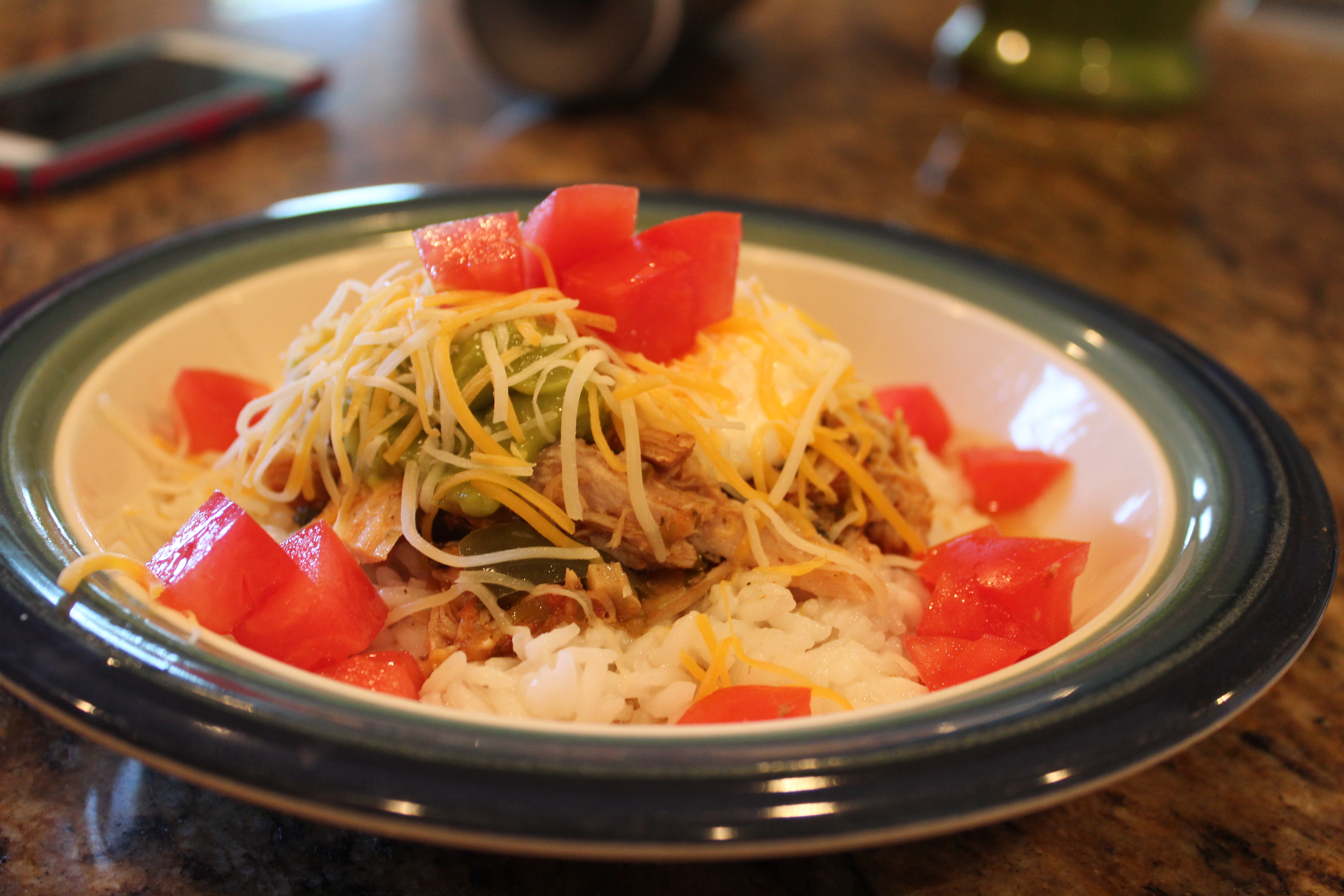 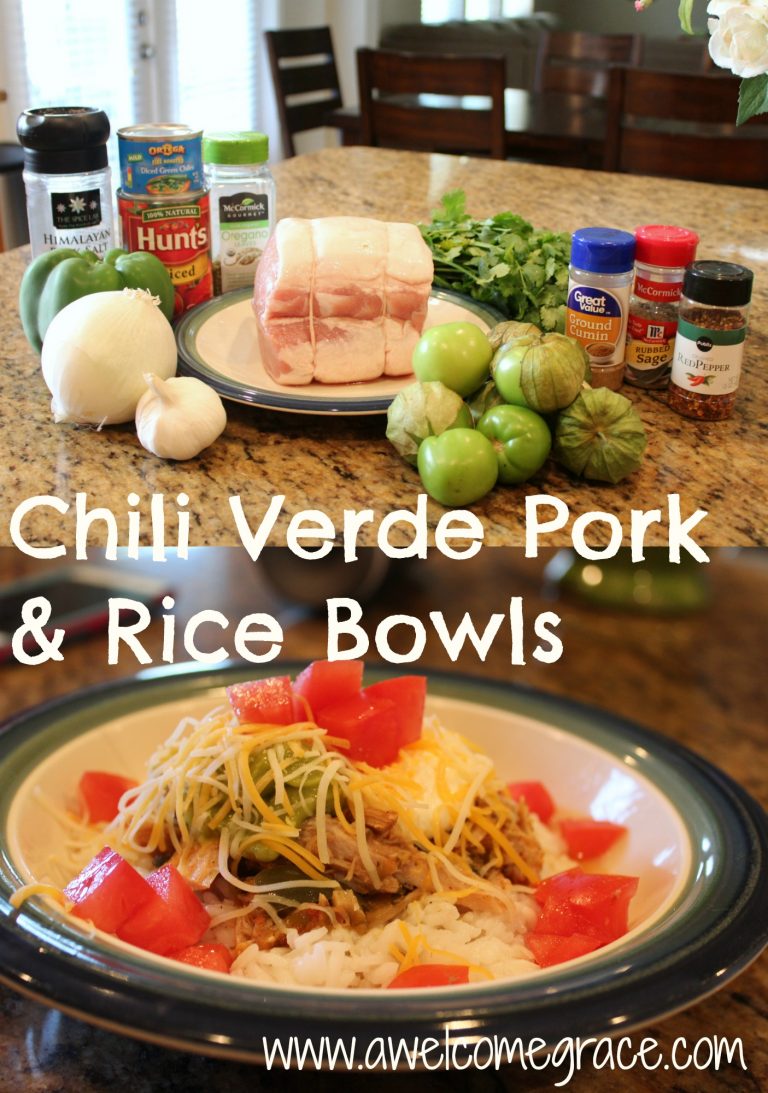 I am a HUGE fan of making something once and using it in a different way at least once more.  To me, it’s a time-saver and makes your dollar stretch farther.  And who doesn’t want more time and money?  I mean, I’m just looking out for your welfare, here.  And the super huge bonus comes if the end product was both easy to put together and delicious.  So, really, this is just a WIN-WIN-WIN-WIN.  (Did I count that up right?)

Today’s recipe…the inaugural recipe for AWG!…was given to me by my friend Deb.  She’s one of those moms I totally look up to.  She’s super smart, a great cook, is adept at both throwing a great party and fixing the plumbing at her house.  If Deb says something is a thumbs up, then I’ll back it 100% and this recipe is not different.

What I love about this recipe…

The original recipe can be found at A Year of Slow Cooking, but what you’ll see below is my version of the original with a few tweaks.  Let’s get started, shall we? 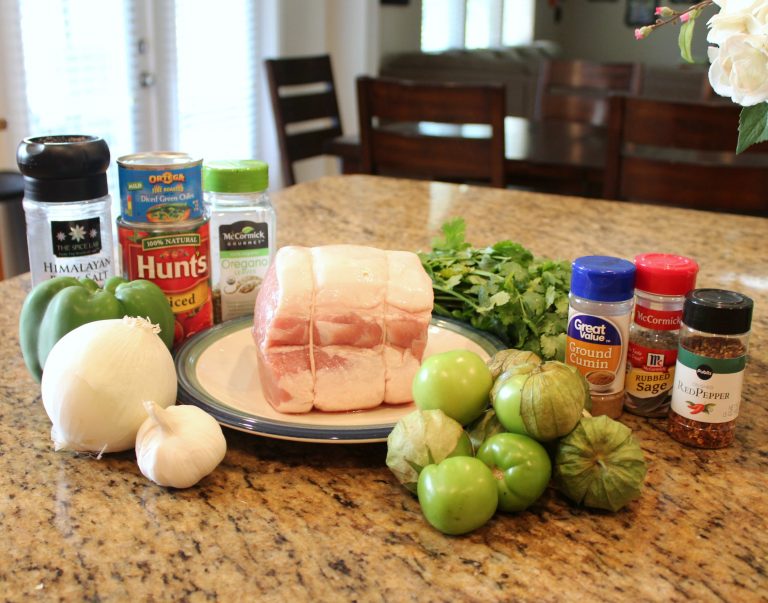 4 cloves garlic, chopped (or use the jarred stuff…totally your call)

1 (4 oz.) can diced or chopped green chiles (you choose how hot you want them)

½ tsp. red pepper flakes (more or less, depending on how much heat you like)

How do you make it? 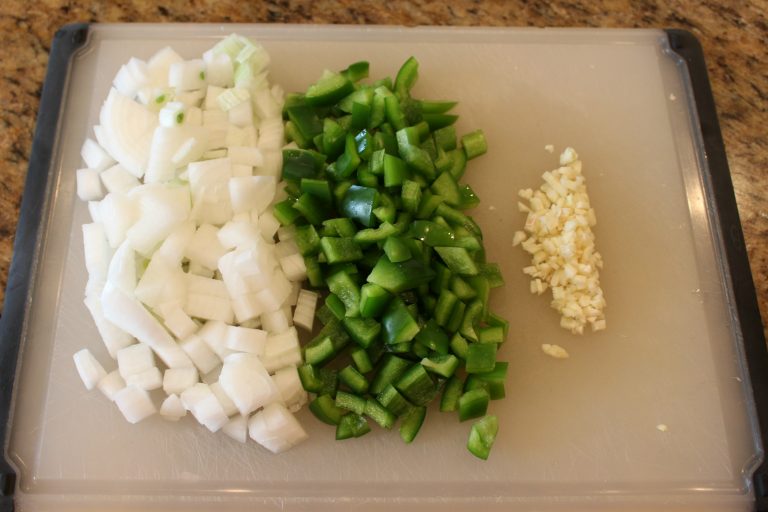 Put your roast in the bottom of a 6-qt. crockpot.  Add your chopped bell pepper, onion, and garlic. 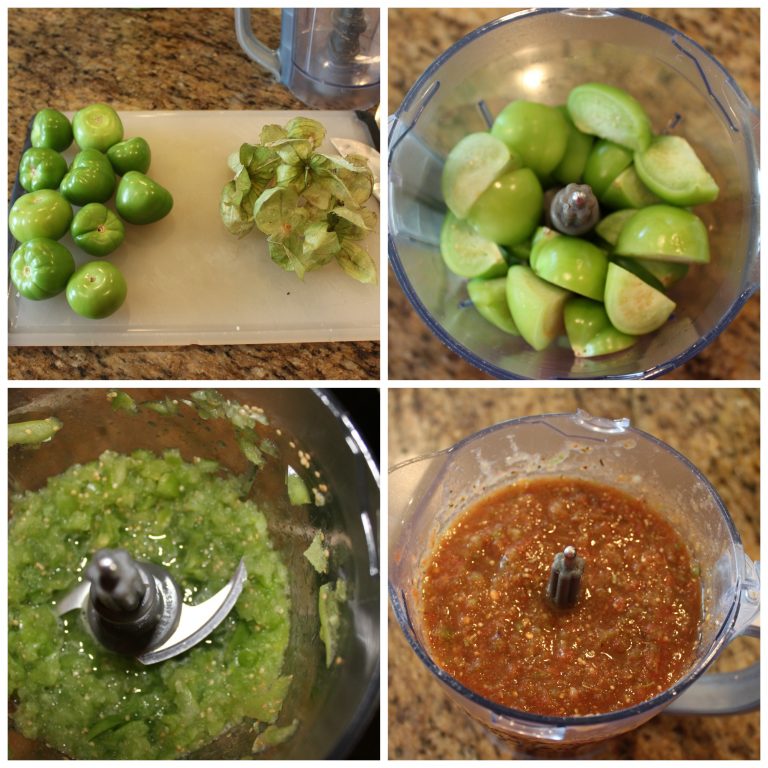 Now, if you’re like me, then you don’t have a long history of experience with tomatillos.  That’s OK!  They aren’t hard to work with at. all.  So never fear!  You’ll find them in the produce section by the tomatoes and onions.  All you’ll do is remove the papery wrapper (some have this, and some don’t), give them a wipe off with a wet paper towel, and cut them in quarters.  They kind of look like small green tomatoes, but they aren’t nearly as watery or soft.

Place your quartered tomatillos in a food processor and pulse it a few times.  Then, add your chopped green chiles, diced tomatoes, and spices.  Pulse again until you have a chunky salsa-type consistency.  Pour this over the meat and vegetables in the crock.

Time saving tip!  If you want to avoid this step altogether, you could probably just get a jar of tomatillo salsa and a jar of regular salsa, combine the two, and pour that over the roast instead.  Just a thought… 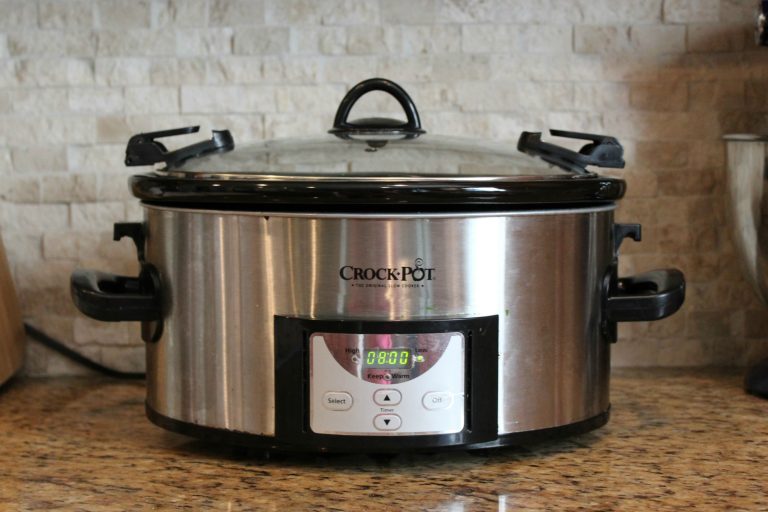 Sprinkle chopped cilantro over the top of all this if you’d like, then cover and cook on low for 8-10 hours (more time for a larger, more marbled roast and less time for a smaller, leaner one).

Once it’s finished cooking, remove the chunks of meat from the sauce, and shred it using two forks.  Put the shredded meat back into the sauce, cover and keep warm until you’re ready to eat.

You’ll notice in the picture on the right that the chunk of meat on the right looks like it’s missing a layer.  Pork loin roasts are really very lean, but they come with a layer of fat on top.  I left that layer on the meat while it cooked for the extra moisture it would add, but I removed it before I shredded the meat. 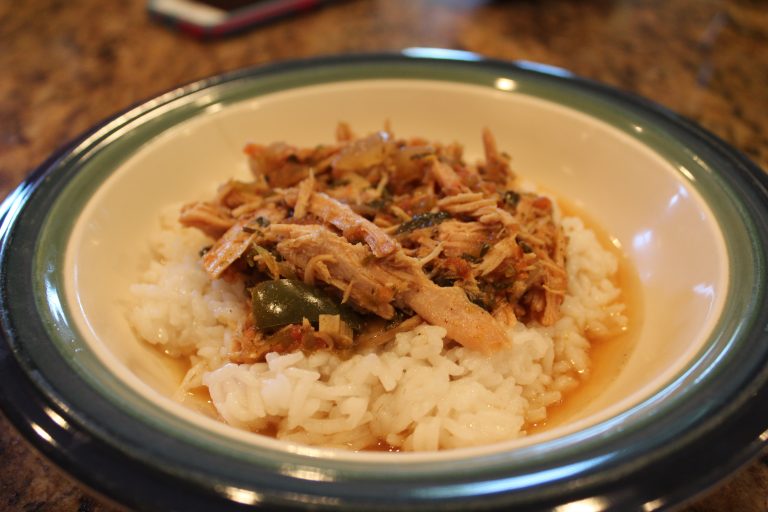 Put some rice in your bowl, add the pork and some of the delicious juices.  And now put on your creative eating hat and decide how you want to serve it up.  I like to set out all of the traditional taco toppings and let my family each finish their own.  Usually, I’ll put out some guacamole, sour cream, chopped tomato, cheese, maybe some shredded lettuce, hot sauce…you name it. 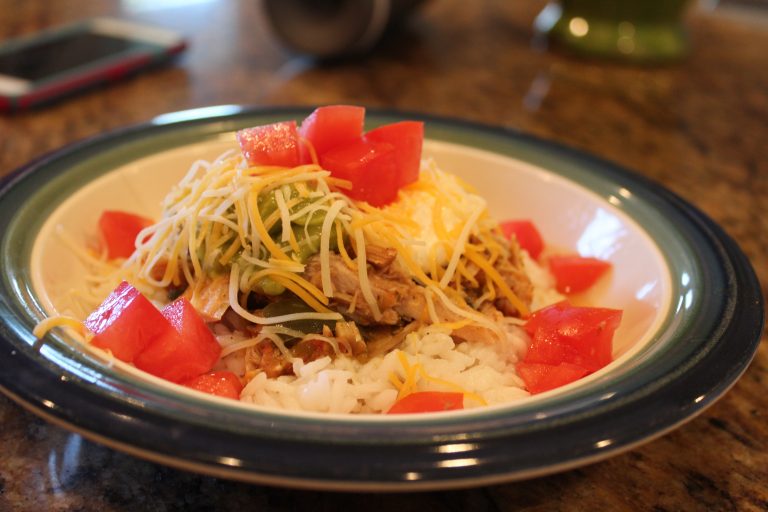 Like I said, I love to make things that can be used in other ways at later times.  With this recipe, all six of us had rice bowls for dinner .  I then pulled out three cups of meat (mostly drained of juices) and put it in a Ziploc bag bound for the freezer.  Some day in the future, they will be turned into Green Chile Pork Enchiladas or simply warmed back up on a night when we’re super busy and the family wants tacos.  Even beyond that, we had enough left over that probably two people can have rice bowls again on our weekly Leftovers Night.

Mexicanporkslow cooker
Why This Blog? And Why Now?
Busy & Fine