Hey, y’all!  So, yeah.  Two weeks ago, I started this Friday Five thing and thought it would be a super fun addition to the blog.

Then I went on vacation.

So, this week’s Instagram roundup will cover not just one week, but two!  Lucky you!!

On a totally random side note, I have started really having fun using the Instastories feature.  One thing I’ve noticed about myself in those is that I haven’t lost my Midwestern/St. Louis accent!  I had no idea!  I mean, I never hear myself talk on camera.  Sure, I’ve been recorded singing a bunch of times, but never talking.  I thought for sure that I was one of those people who just doesn’t have an accent.  WRONG.  Oh, well!  I actually kind of like it. 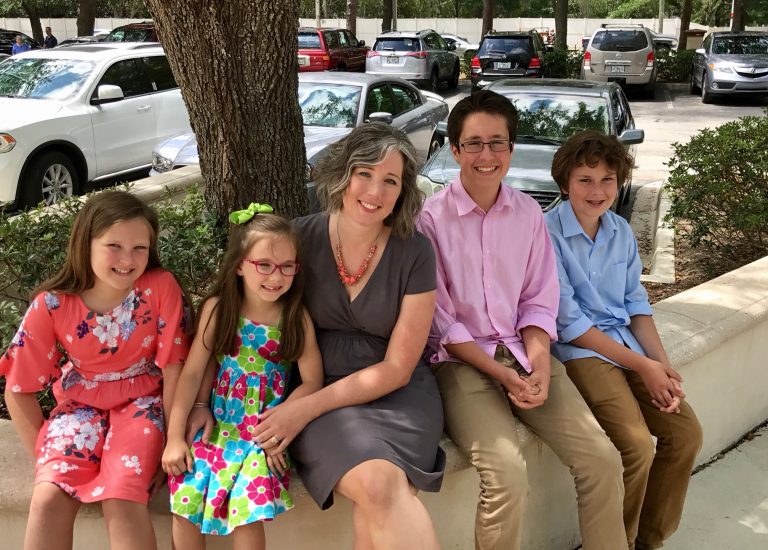 1.  We had a beautiful Mother’s Day this year. I look at this picture and just can’t believe that these are my kids. They’re so beautiful and so…grown! Shouldn’t they all still be like 2 years old?! 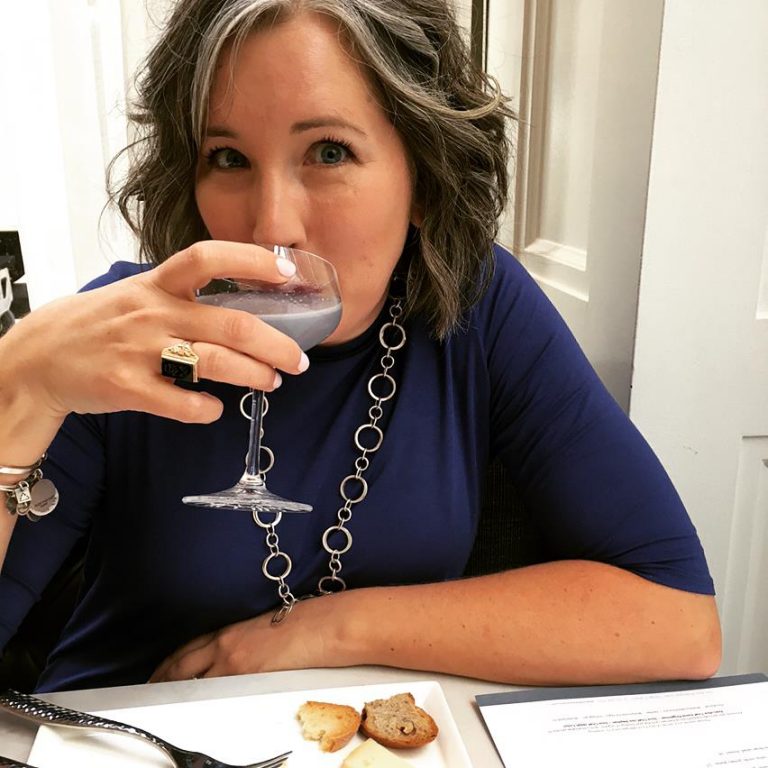 2.  Greg and I took a fantastic vacation up to Chicago and St. Louis and I’m pretty sure my alcohol consumption in the 5 days we were gone was greater than if not equal to the past 6 months combined.  Yowza.  But, hey.  We had a gooooood time! 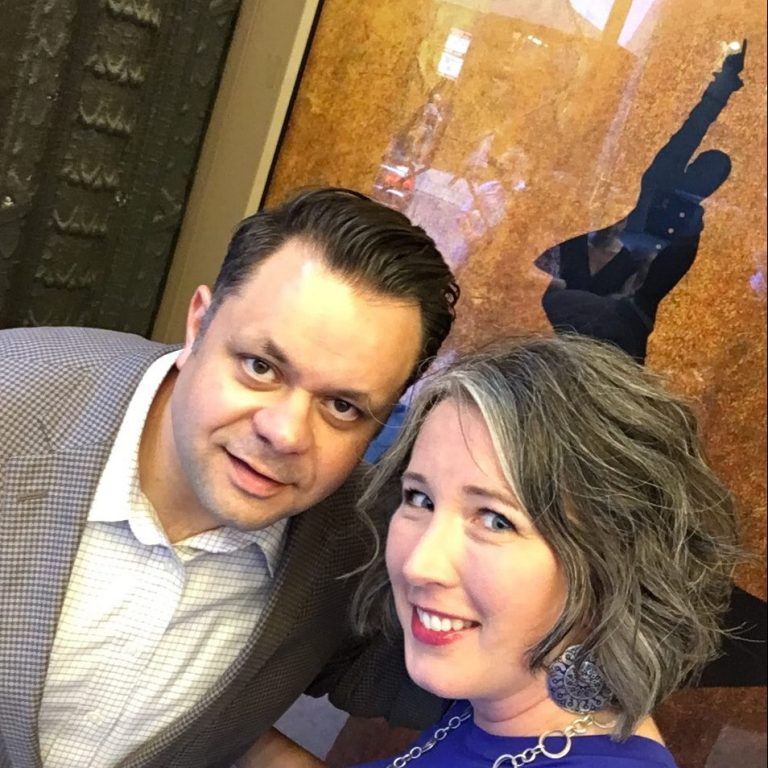 3.  As an early 40th birthday present for me, Greg got us tickets to see Hamilton!  I spent the evening laughing, crying, and totally fangirling my little heart out.  (And trying not to sing along with the entire thing, too.) 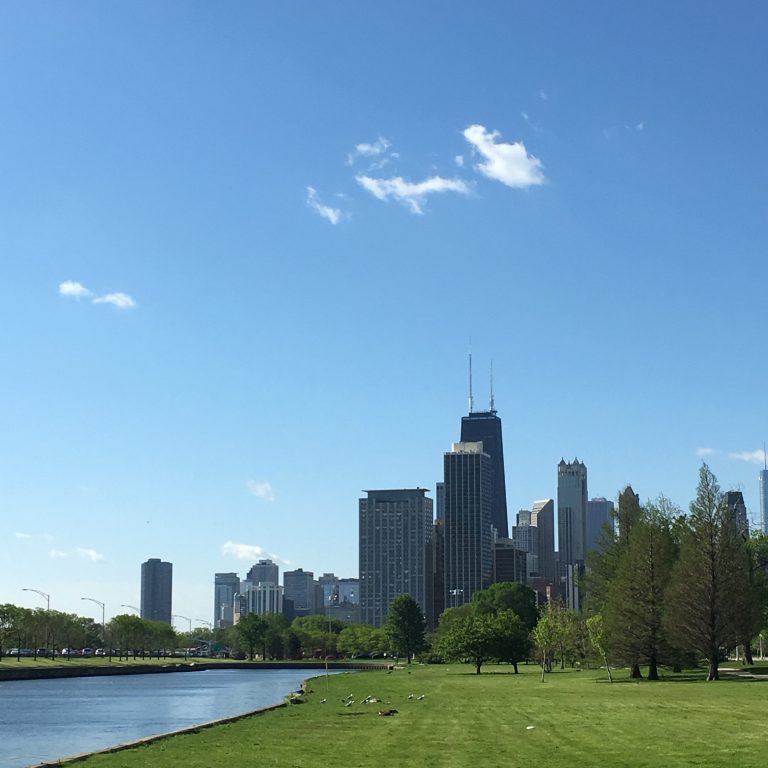 4.  We had simply phenomenal weather in Chicago.  It totally lived up to the name Windy City, but the sky was blue and the temperatures were just perfect at around 80 degrees. 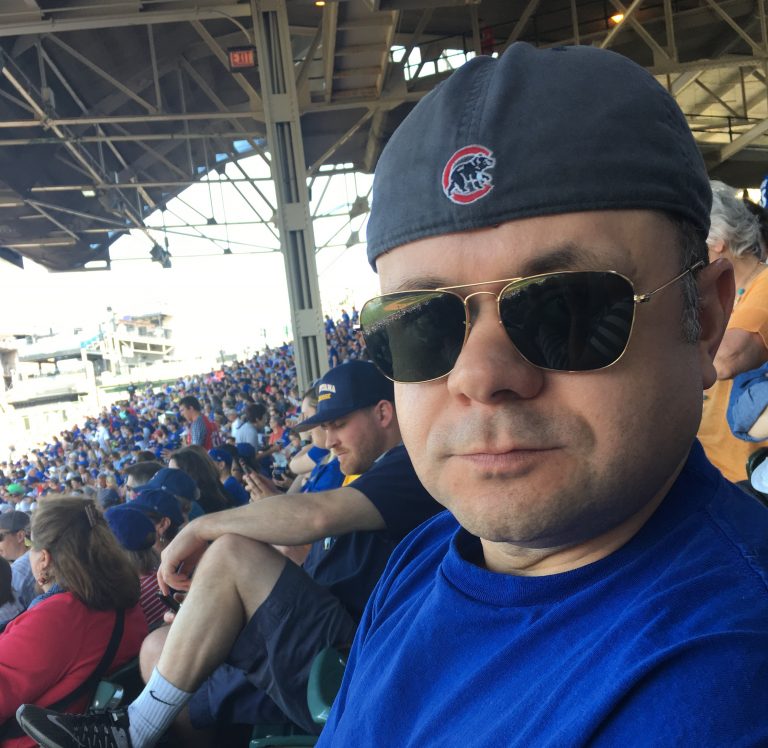 5.  As a treat for this guy who had a birthday during Mother’s Day weekend, we went to a Cubs game at Wrigley Field.  It was super hot.  We sat on bleachers.  I’m a STL Cardinals fan.  I wore a dress for some unknown reason.  I’m a Cardinals fan…wait, did I already mention that?  Oh, well.  We still had a great time. 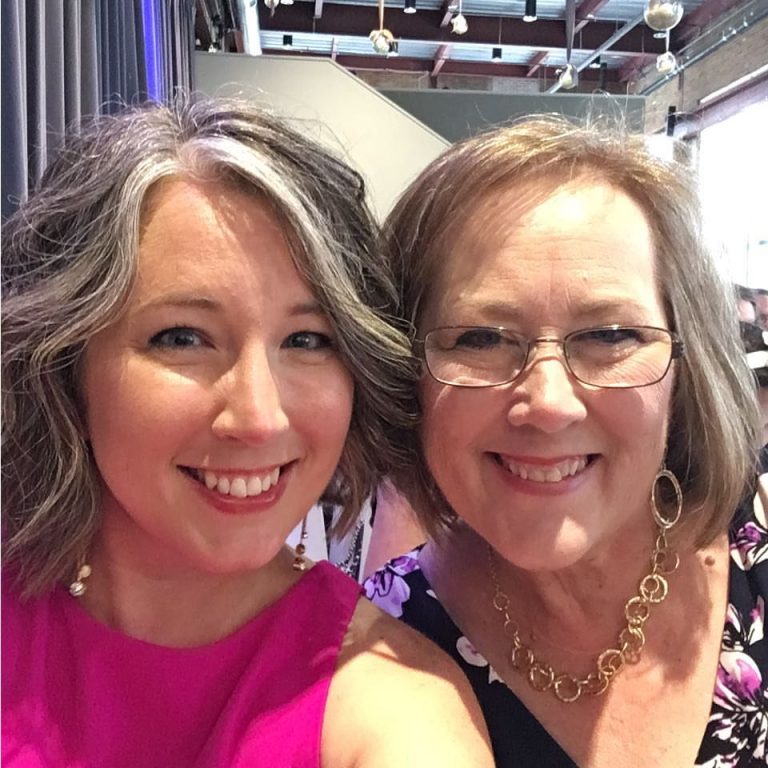 1. After being in Chicago for a couple days, we went down to St. Louis to be with my dad’s family for my cousin’s wedding.  It continues to amaze me just how much I’m turning into my mom as I get older.  And seeing as she’s such a beautiful lady, I am A-OK with that. 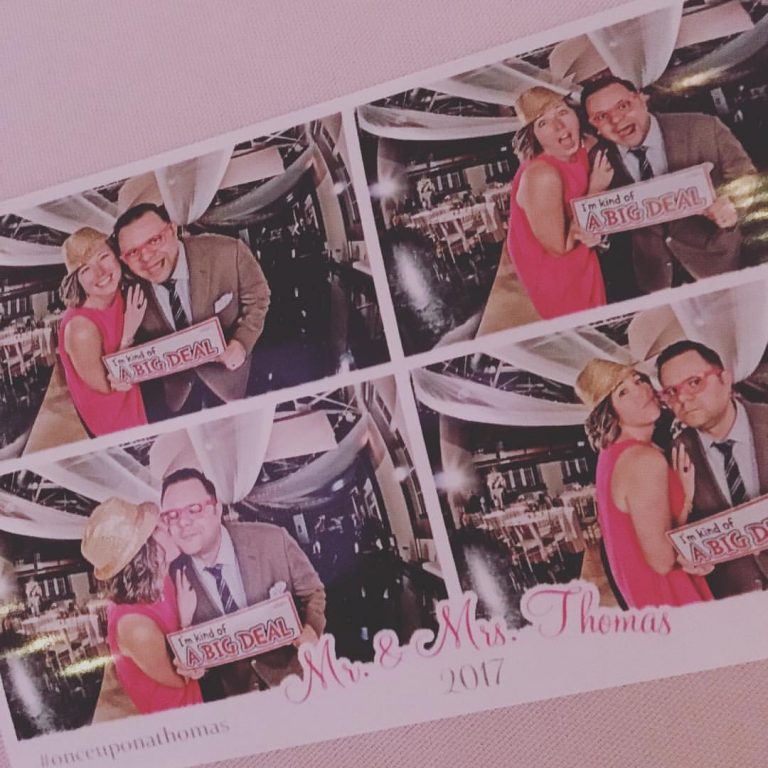 2. At the reception, they had this amazing booth-less photo booth thing.  (You with me?  That totally didn’t make sense.)  Anyway, tons of props, super fun poses, and we got printouts right there!  I love them because it shows us being totally silly together.  Our kids think they’re hilarious and ridiculous, so BONUS!! 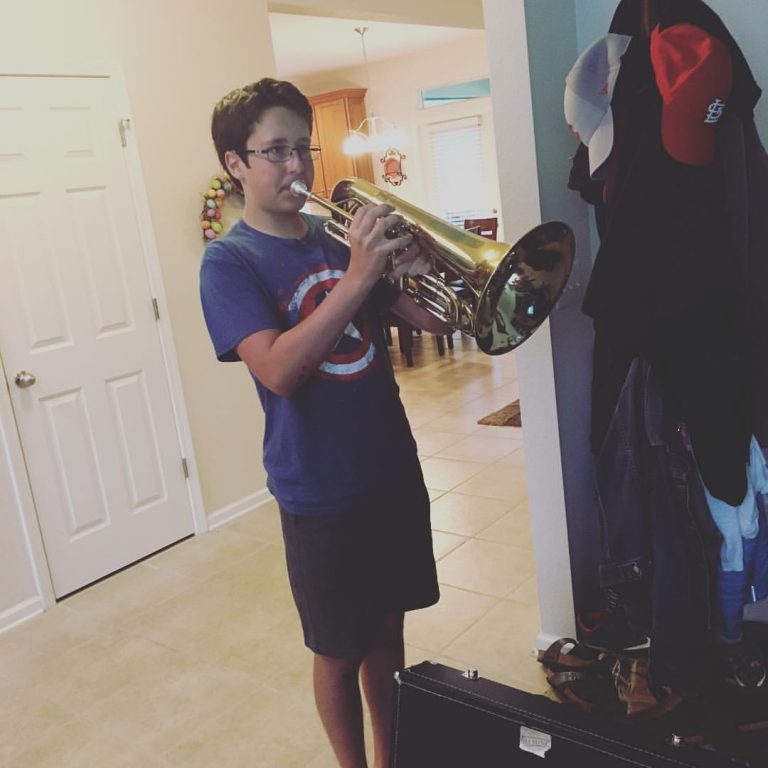 3.  I swear, our oldest is starting a Home for Wayward Brass Instruments.  He’s now up to 4.  He has his dad’s old trombone, his own euphonium that we bought for him, a $30 garage sale trumpet, and now this marching baritone that belongs to the high school.  Thank goodness he’s halfway decent or I’d need some serious earplugs! 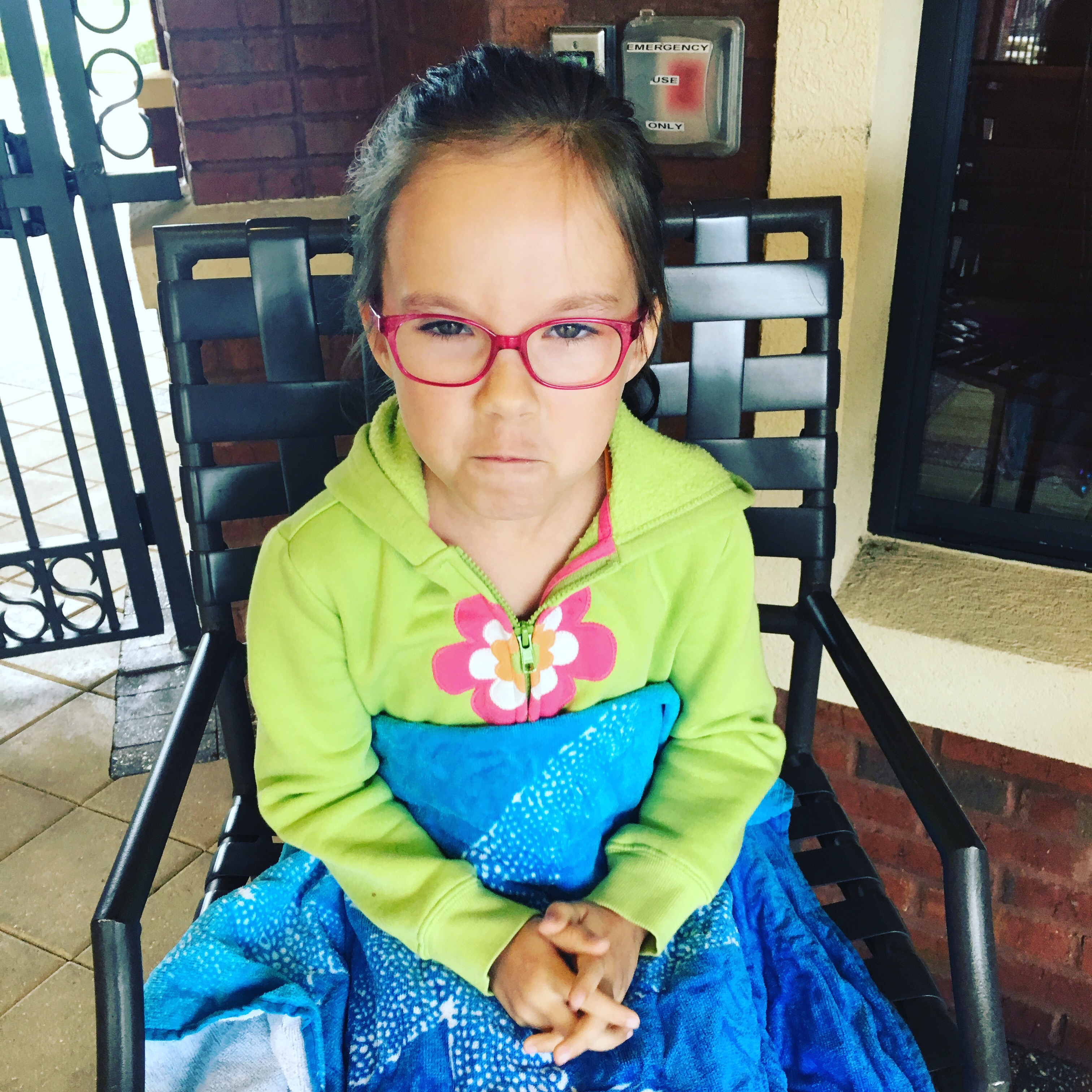 4.  Our littlest bit was none too happy how chilly it was at her early morning swim practice the day after school let out for summer break.  Can’t say as I blame her.  Sixty-five degrees at the end of May is pretty unheard of around here! 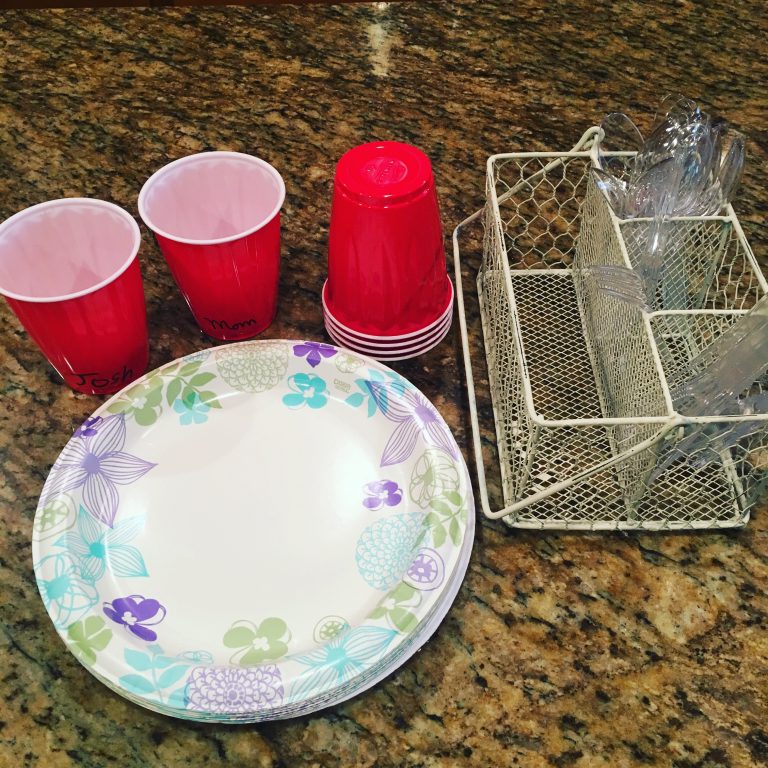 5.  Our dishwasher broke down on Tuesday of this week.  So, what do you do when you have no dishwasher and 4 kids who are home all day?  Break into the Costco-sized paper and plastic products you keep on hand for parties, that’s what!  Thank God it’s fixed again, so we can do our dishes instead of polluting the Earth, as my daughter said.

So, friends, that’s it!  See you next Friday for another roundup.  And don’t forget to follow me on Instagram at @bethwilliby!

Friday Five
Flying Solo & Keeping the Faith
Traveling as a Couple: Escaping Reality and Refocusing on YOU {part 2}