When You Go On Vacation, Leave the Lice at Home. 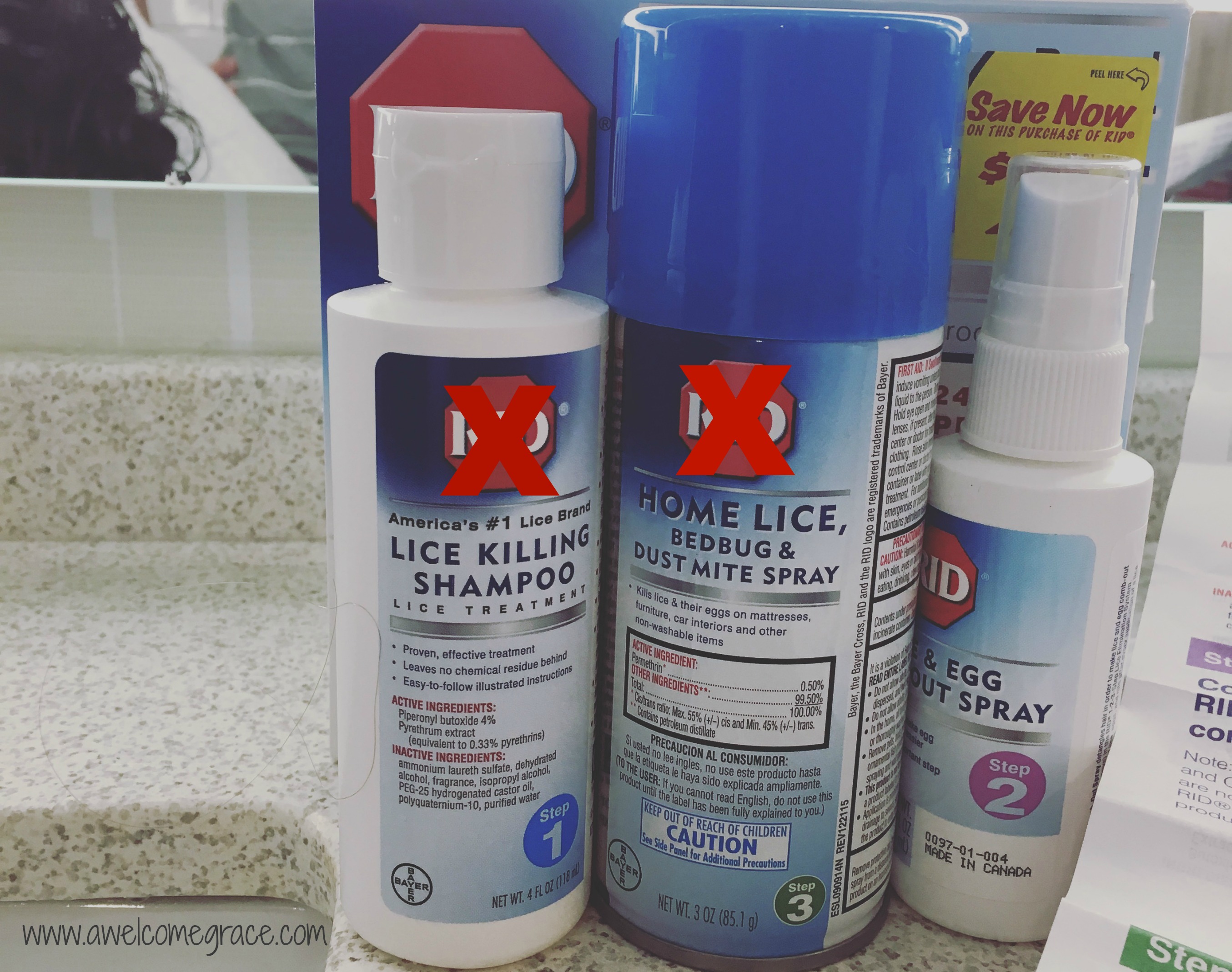 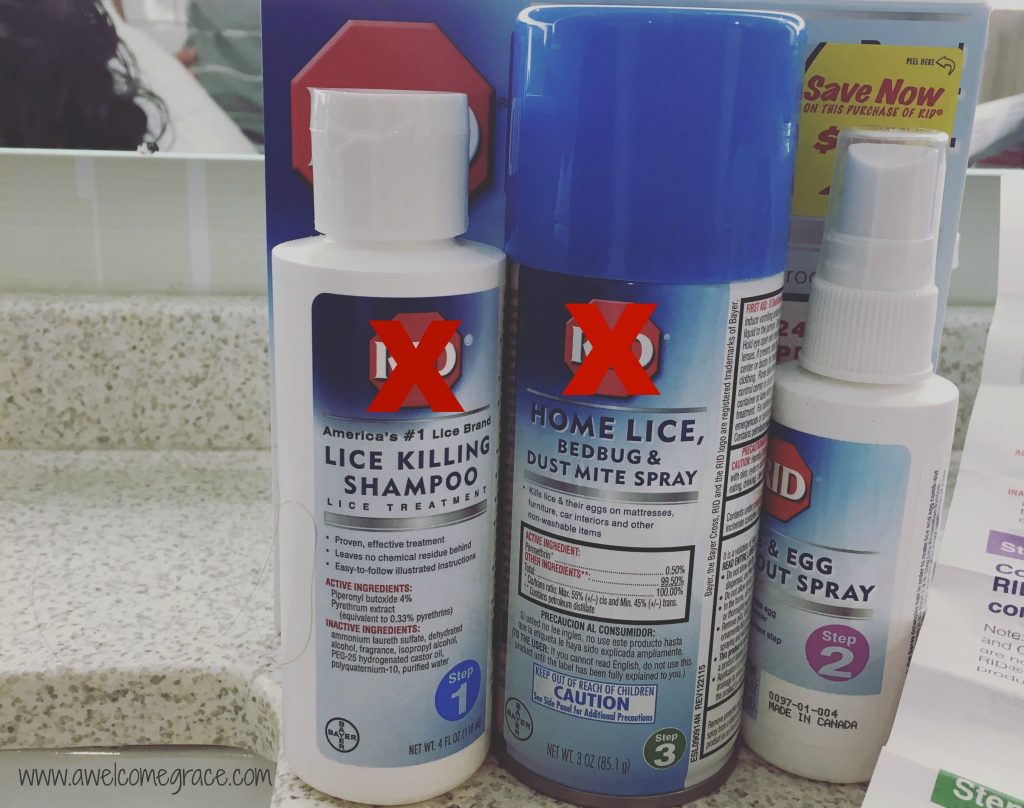 Yeah… So that happened.

The recent radio silence here on the blog has been due to a couple things.

So, anyway, please forgive me for being totally random.  It’s just the way I roll.  But I digress…

You would think that taking two parents, four kids, five suitcases, and a booster seat all the way to Texas for vacation would have been enough, right?  But imagine, if you will, that you also brought along a whole lot more…creatures…than you bargained for.

As any self-respecting large family on vacation would do, we googled the closest Costco once we landed in Dallas.  We rolled up in our rented white minivan to load up on bottled water and car snacks for the week and all of us trooped into the mega-store together.

While we were wandering around, my daughter started scratching her head.  A lot.  Like, a lot a lot.  And what did I, her caring and concerned mother, do about it?  Told her to cut it out!  Why did she feel the need to constantly scratch her head like that?!

Because it itches really bad, Mom!!

I should’ve known.  I should’ve seen it coming, but I didn’t.  Silly, silly me.

You want to do something super frustrating?  Might I suggest trying to clean nits and lice out of a little girl’s hair in a hotel bathroom using really-crappy-but-the-best-you-can-do supplies from Target?  It’s a hoot and a half, I tell ya.

Let me just say that the not-to-named name brand lice remedy pictured above is c r a p.  The comb is too wide-toothed to catch a whole lot and the formula has been around for so long that the bugs have basically become immune to it.  So, really, the two hours I spent trying my very best to stay calm (fail) and remove the freeloading devils from my daughter’s beautiful head (fail again) were some of the most frustrating and futile of my entire life.

Leave it to my amazing husband to save the day.  Not only did he make 3 different runs to Target to buy stuff that I would’ve naturally had at home, but he occupied the other three kids, and found us the nicest treatment center to visit the next day.  He’s my hero.

Thankfully, it was already in our plan to check out of that hotel the next morning so we could continue on our vacation.  As all of the kids marched out the front door following their dad to the rent-a-van, I stopped at the front desk and slid our keys across the counter.

Unfortunately, instead of going to the Bush Presidential Library like we had planned, we spent our morning with the lovely Lice Ladies of Dallas.  Sure enough, my girl was still a little buggy, so they checked the whole rest of the family.  Only one other family member was infested.  Wanna guess who?

They cleaned us up, combed us out, and sent us on our way smelling strongly of peppermint and looking like we’d lost a battle with an overzealous can of styling mousse.

So, yes.  There really are some silver linings to this whole situation.

First, we weren’t going home for a whole week.  Lice can’t live longer than 48 hours without a host, so we weren’t going to have to do a thing to remedy the situation once we got back home seven days later.  SCORE!  Because, let’s be honest.  That would’ve been a total pain in the butt.

Second, we had checked out of our hotel room.  Therefore, we didn’t need to worry about heading back to the room we knew had recently had lice-infested guests in it.  Even if those guests were us!

Third, we have absolutely amazing friends we were going to spend the next three days with.  When I called and told Katie about our situation, her response was simply to bust out laughing.  Then, she called me back a few minutes later to reassure me by telling me that her husband had also bust a gut when she let him know.  It’s such a blessing to have such amazing friends!

And lastly, we were actually able to swing by the clinic again for the free recheck when we came back to Dallas the following weekend!  We received the all clear and were able to go on our merry way without feeling lousy…or louse-y.  Sorry.  Bad pun.

I can hear it now.  All the comments of Why would you post this?  Aren’t you embarrassed? I can’t imagine telling people we had lice!  It’s just so gross!  So, let’s see if I can tackle them ahead of time.

Why would you post this?  Because I want to normalize it, that’s why!  According to the CDC, between six and twelve million kids between the ages of 3 and 11 get lice each year.  Who knew?!  And if that many people get it, then I’m going to bet that everyone reading this either has had it or knows someone who has.

Aren’t you embarrassed? Honestly?  Yeah, a little.  But that’s part of that whole normalization that I was referring to.  If we make it more normal and talk about it, then people won’t have to be embarrassed anymore.  It won’t make lice any less of a pain to deal with, but at least you won’t have to suffer in silence.

I can’t imagine telling people we had lice!  It’s just so gross!  Well, until a week or so ago, I couldn’t imagine it, either!  And hell yes it’s gross!!  It’s super gross and I hope we never have to go through it again.  But with 4 kids, one who’s in marching band, one who plays on sports teams, and two still in elementary school, I’m not holding my breath.  I’m almost impressed we lasted as long as we did without it.

So, now that all of your heads are itching in sympathy (you just scratched your head — I know you did!), let me leave you with this link to the CDC so that you can do a little research and prepare yourself for the near-inevitability that is head lice.  Happy scratching!

1 thought on “When You Go On Vacation, Leave the Lice at Home.”