Who WERE these grown up kids? And can I keep them? 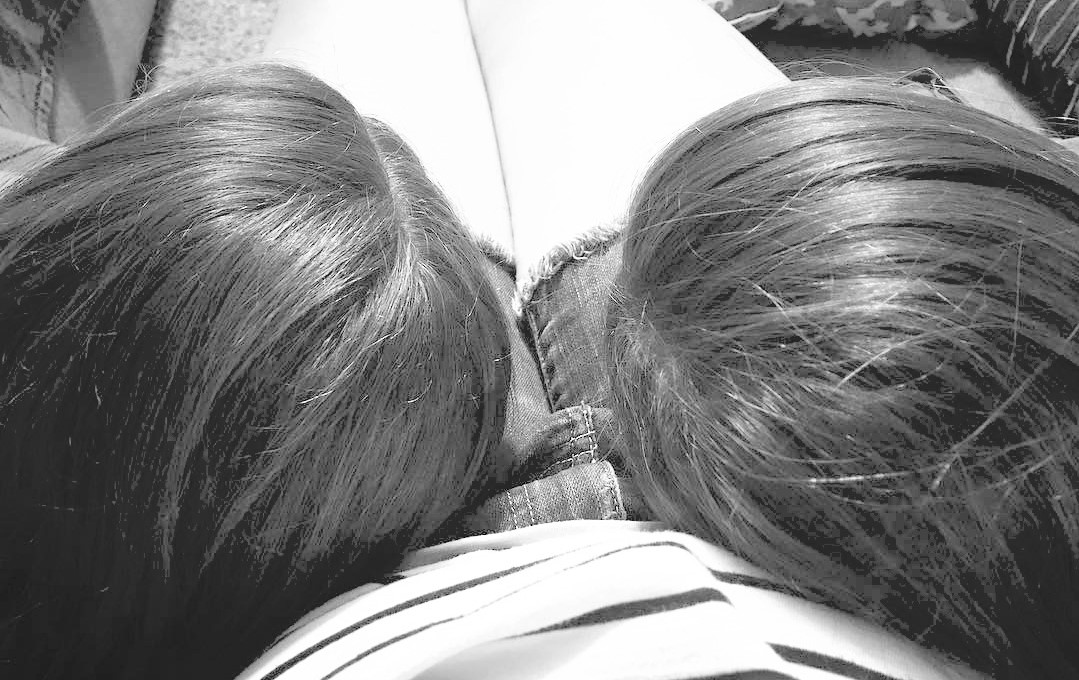 I’m not sure whose kids stayed at my house this weekend, but I’d respectfully request that they move in permanently.

You mean these were actually my own children?  These amazing humans who were self-reliant, pleasant, helpful, sweet, and hilarious…were my own kids?

You mean to tell me that flying solo for a week with kids who are all old enough to wipe their own butts, cut their own food, and watch themselves if Mom needs to be out for a while can actually be easy?!

ALL the praise hands, friends.  The answer to both of those questions is a resounding YES.  And let me tell you, I am here for it.

I am here for the cooperation

Y’all, I made a list of about a bajillion easy chores for around the house and it all got done.  Every last bit of it.

Anything that stood still was dusted.  Floors were vacuumed.  The kitchen was mopped.  Appliances and bathrooms got a good wipe down.  Stairs were swept.  The playroom was picked up.  Bedrooms were straightened and then they got dusted and vacuumed.  Dishes were done and the sink was cleaned.  Random shoes were gathered from around the house and put where they belonged.

The best part of it all was that there was no yelling.  I will repeat that because you might not otherwise believe me.

There was no yelling!

I didn’t yell.  The kids didn’t yell.  Nobody cried.  Naturally, there was bickering among the two girls who share a room and the two middle kids can’t help but nag each other if they’re within 15 feet of each other, but that’s just background noise anymore.

I tell you, it’s a beautiful thing.  When your kids get older, you can hand them a few rags, some Pledge, and a vacuum, send them to their rooms and expect for things to get done!  Maybe not done to the level you would have accomplished it, but done nonetheless!

(Seriously, nobody should take a white glove to my daughters’ room, but it is wayyyyyy better than it was!)

I am here for the togetherness

When my girls got up Saturday morning, I was at the kitchen table working on my Lenten Bible studies.  They immediately grabbed their colored pens and some paper and joined me.  We weren’t awake enough yet to do a bunch of talking, but we were together.  Each of us doing our own things, but in the company of the ladies we love the most.

The boys would take basketball breaks from their cleaning, homework, and other chores.  Trash-talking each other and laughing, they were the stars of the driveway hoops.

Saturday night, the girls and I snuggled up to watch some TV before bedtime.  One golden-brown head rested on my left lap and a richer brown head rested on my right.  They stayed like that the entire length of their show.  Don’t ask me what they watched.  I have no clue.  My attention was drawn to those two sweet heads.

After Mass on Sunday, I took the kids out for lunch and then to do a little shopping.  We picked a place to eat without anyone’s nose getting out of joint.  Then, we went to Kohl’s because here in Florida spring has already arrived and my children absolutely insisted on growing again over the winter.  And, true to the form of the rest of the weekend, the body snatchers who were standing in place of my kids made it all so easy!

Truly  .Nobody asked for more than they needed.  The 10 year-old hardly argued at all when I said the shorts she picked out were too short.  Kid 2 (age 13) only slightly whined when I said he could have the store-brand shorts and not the Nike shorts.  The oldest picked out two polo shirts that were colors other than red and blue (which, for some reason, seems to be all he ever wants to wear).  And the youngest was just delighted to get something that hadn’t belonged to her sister already!

I am here for good behavior at Mass

Before I go any further here, I would be remiss if I didn’t say that my family owe’s every part of how well-behaved our kids are at Mass to their father’s training.  For 16 years, he’s been the head parent during church as I am forever singing in the choir.  And the kicker here is that he wasn’t even Catholic until 9 years ago!

All that to say that I very much appreciate the fact that we can now go to Mass and I can still sing in the choir even though Daddy isn’t there.  The oldest can still play with the choir and the other three can sit unattended in the pew and behave themselves for the entire length of Mass!  Now, it may bear mentioning that they were in the pew directly in front of family friends and that they could see me and I could see them the entire time, but still!  I am pretty sure if you had asked me even 5 years ago if we would ever get to this point, I may have laughed in your face.

I am here for leadership and self-sufficiency

Alongside everything else we had to do, I had to be gone for a while on Saturday afternoon and Sunday evening.  While I was singing at a wedding, the two boys worked together to get the yard mowed and babysat their sisters.  Then, on Sunday, my choir practice ran long and I wasn’t able to make it home in time to make dinner.  Not to worry, though!  Once again, the boys took the bull by the horns and fed themselves and their sisters despite my mom-fail of no bread in the house and a sorry lack of leftovers.

And when I called to say that I was going to be even later than I thought because of some really gnarly construction practice, what did I hear?  Not complaining.  Not whining or accusations.  Nope.

“Oh man, Mom!  That’s awful!  Make sure you stop and get yourself something to eat before you come home.  There isn’t anything left here.”

That’s right, friends.  Concern and helpful suggestions.  That’s what I got.

Far be it from me to think that the happy-happy-joy-joy of the past weekend will last for very long.  That would just be foolish!

But let me tell you what I do think!

The mind-blowing, patience-testing, sometimes soul-crushing years of teaching your children how to do things for themselves is totally worth it.

Requiring that your children help around the house simply because they live there and are part of a family is the only way to go.

Treating your children with respect and making sure they show that same respect to you and to each other is a pain in the butt sometimes, but is such a gift in the long run.

And, while they may go back to being normal goofballs at any moment, having this wonderful weekend together made me even more hopeful for the future.  A future in which they will all leave this house to be self-sufficient, kind and respectful, productive adults so their dad and I can rest and have some fun together.

Because, really.  Isn’t that the goal all along?!