A Wrinkle In Time: An Honest Review from a Catholic Perspective 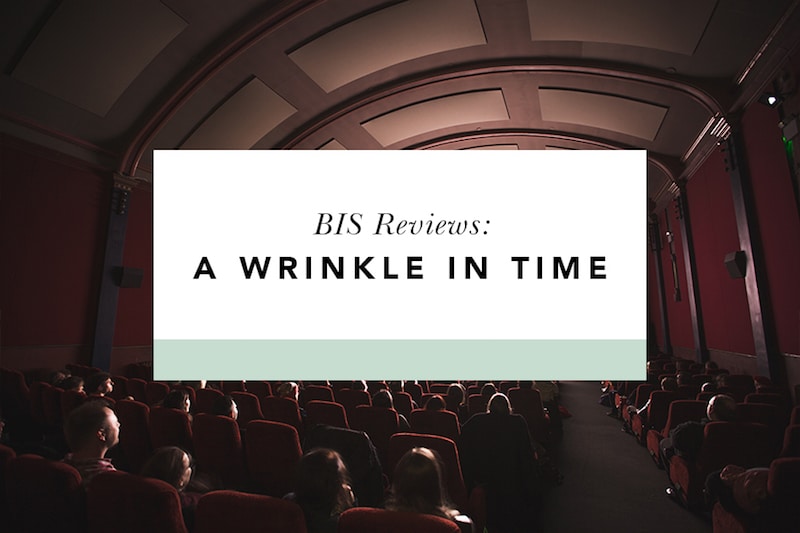 It’s always a little unnerving when a well-loved novel gets a cinematic makeover, isn’t it? It can go so, so well. But it can also leave you feeling disappointed, confused, and even saddened when what you see on the screen doesn’t adequately reflect what you loved about a book. Unfortunately, the latter was the case when my 10-year-old daughter and I went to see A Wrinkle in Time.

My Impression of the A Wrinkle in Time Movie

The movie—starring newcomer Storm Reid as teenage heroine Meg Murry—tells of a young girl’s journey through time and space to save her father from the evil forces of the universe. Her younger brother, Charles Wallace, and her friend Calvin, accompany her. They are guided by three celestial/angelic creatures: Mrs. Who (played by Mindy Kaling), Mrs. Whatsit (played by Reese Witherspoon), and Mrs. Which (played by Oprah Winfrey).

Disappointingly, while we were entertained by the movie and the shiny glamour and adventure it portrayed, when the lights came up, we both felt it lacked the heart and soul that made L’Engle’s 1962 novel such a treasure.

Let me be clear. My daughter and I both enjoyed the movie…as a movie. It was definitely entertaining and, if you haven’t read the book, I don’t think you’ll come out of the theater thinking you wasted $10 and two hours of your life. As a movie, A Wrinkle in Time is amazingly well-done.

The scenery was stunning! The costumes and makeup were enchanting. The diverse and multiracial casting of the Murrys and the three “Mrs Ws” was a lovely depiction of modern society. It genuinely added to the movie’s appeal.

Alas, pretty is as pretty does. And as lustrous and visually-appealing as the movie was, it simply didn’t have the depth necessary to carry the themes the book so beautifully addressed.

So, that’s the good stuff.  But where was the movie lacking?  What wasn’t quite so “pretty?”  Click on over to Blessed Is She to finish my review.  And then let me know what you think!

Feature Photo credit to Blessed Is She.

Blessed Is Shemoviesreview
I’m a Lazy Spring Break Mom and YOU CAN TOO!
Lenten Photo Journal 2018: Week 6