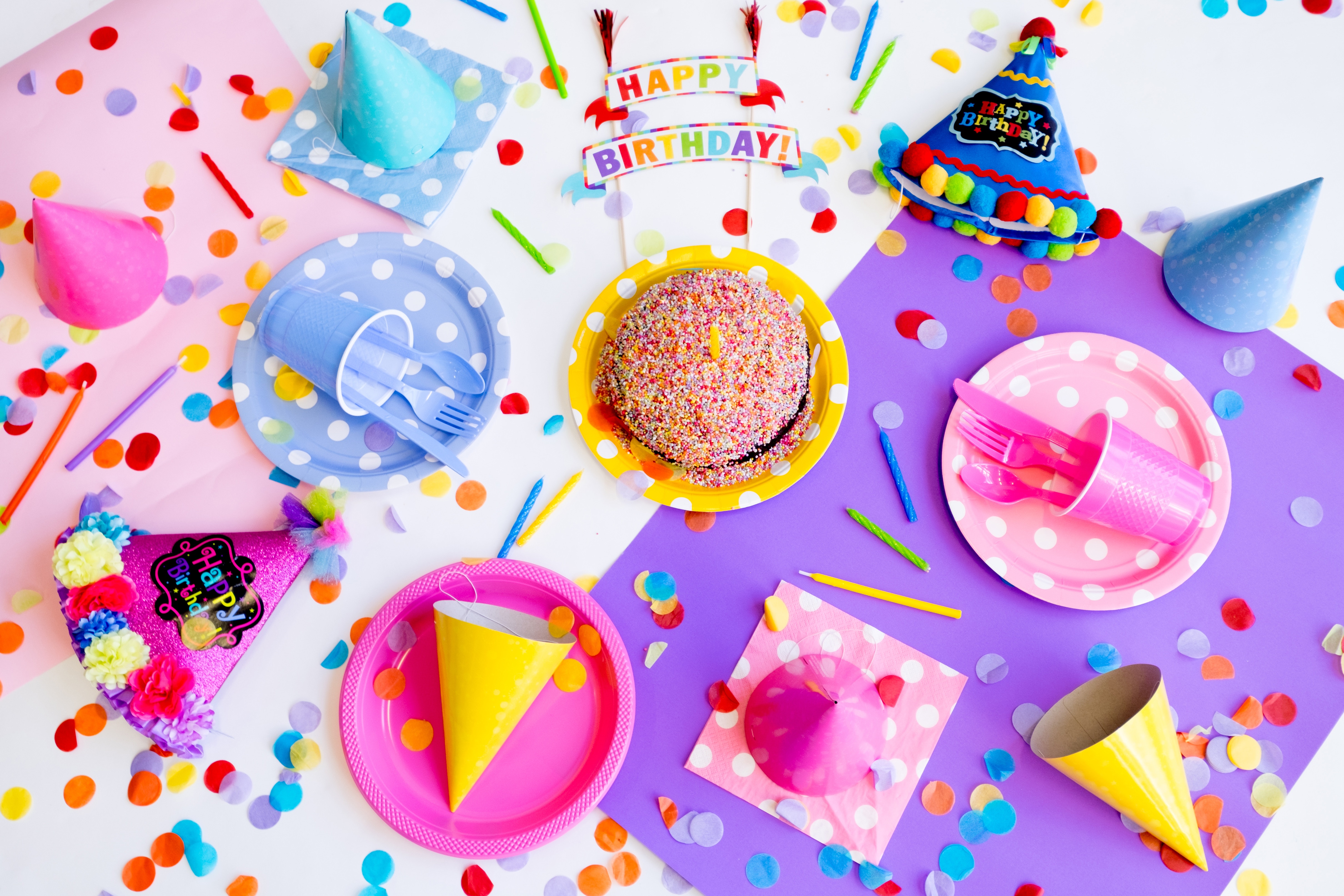 Our youngest daughter turned 8 a few days ago.  And we didn’t throw her a birthday party. (Cue the shock and awe here!)

Now, I’m pretty sure that by today’s parenting standards, we are big fat losers.  I mean, it seems like every time I turn around my kids are getting invited to yet another birthday party!  And not just any old “birthday cake on the back porch while Grandma leads pin the tail on the donkey” party.  No, sir!

My kids’ friends are having parties with pony rides, bounce houses, bowling alleys, or video game trucks.  They’ve been invited to painting classes, water parks, and indoor raceways.  I mean, how cool is that?!

But alas.  Our kids’ parents aren’t as nice as their friends’ parents.  We pretty much just don’t do birthday parties.  Not by today’s definition of birthday party, anyway.  And that’s just the way it is.

OK, so maybe I can’t say that we never throw them parties.

Each of our kids got to have a big, blow-out party where they could invite all of the kids in their class when they were in kindergarten.

Our oldest chose to have his party at a local park where the entire play structure was in the shape of a pirate ship.  Kids played, had snacks, bashed a pinata, and ate their weight in cake.  Our second son wanted a bowling party!  So, he and a whole bunch of his friends got to celebrate at the bowling alley with hot dogs, cake, and ice cream.

Then came our oldest daughter who is the girliest girl you’ll ever meet.  She wanted a pedicure party!  So, she got to invite 6 of her friends and I took them to a nail salon for real life pedicures.  When we came back home, they and our neighborhood friends gathered in the driveway for cake.  Our younger daughter wanted a park party like her big brother, so that’s what she got!  We invited her whole class for playtime, snacks, and cupcakes.

Even 1st birthdays are low-key at our house.

Maybe this lack of enthusiasm for traditional birthday parties has something to do with the fact that I grew up in such a large family that even family-only gatherings were total blowouts.  Or it could be that I am missing the party-planning gene.  (I’m thinking, though, that it’s some combination of the two.)

When our oldest turned one, it was the saddest, sorriest birthday you ever did see.  I mean, even a party-pooper like me feels bad when I look back at his big day.  Poor guy had just come out of a two day stay at the local hospital after a violent stomach bug left him dehydrated and me totally strung out.  We had no money, no other friends with kids, and no family closer that 1000 miles away.

His very first birthday celebration – the first anniversary of our parenthood! – was marked by a dinner of spaghetti and a cake with Cool Whip frosting because his poor tummy couldn’t handle dairy.  As for party guests?  Yep.  It was just the three of us gathered around the table.

Actually, it was kind of sweet in a bless-their-hearts sort of way.

Thankfully, as time moved on, our babies’ first birthdays were celebrated with a little more gusto.  Grandparents and other family members were able to join us and we made more friends who had kids and were down to party.

So what does a birthday look like at our house?

Well, honestly, it’s pretty low key.  But here are some things our birthday kids can look forward to:

Usually, if the schedule allows and family and friends are available, we’ll try to move the dinner portion of the celebration to the nearest weekend.  Then, extended family and family friends can help us make the birthday honoree feel even more special.

And occasionally, on those milestone birthdays (I’m thinking 10, 13, 16), we do a little extra.  In addition to all of what I mentioned, there’s usually some sort of special outing.  The birthday kid will get to pick a friend or two and do something they enjoy.  We’ve gone to the movies, out to dinner, painted things…you get the idea.

And that’s about it!  Not a bad way to go, I don’t think.  And our kids don’t think so, either, which is the important part.

All this to say…

There is no right or wrong way to celebrate your kids’ birthdays!  I mean, it’s probably no good to ignore them completely, but that’s a whole other can of worms.

Now, maybe you’re a natural party planner!  Maybe you have a charism for hospitality and entertaining.  If you do…  If throwing parties is your love language and having parties thrown in their honor is your kid’s love language…  Then go for it!!

Sure, all those bounce houses and pony rides and mani-pedi parties are fun!  There’s a reason that type of party is so popular!  But, for my part, I know that the years we throw big parties, my attention tends to be drawn away from my child and gets caught up in all of the hoopla.  I end up concentrating more on the RSVPs and reservations, the to-dos and the stress of planning than on making my child feel special.

In my view, the reason we celebrate our kids’ birthdays to begin with is that it’s an excellent opportunity to show them just how glad we are that they were born.  We honor them simply for the fact that they exist. We laud the way they’ve grown and anticipate all the joy they’ll bring in the coming year.

It’s just that simple and just that wonderful.  No matter what your celebration looks like.