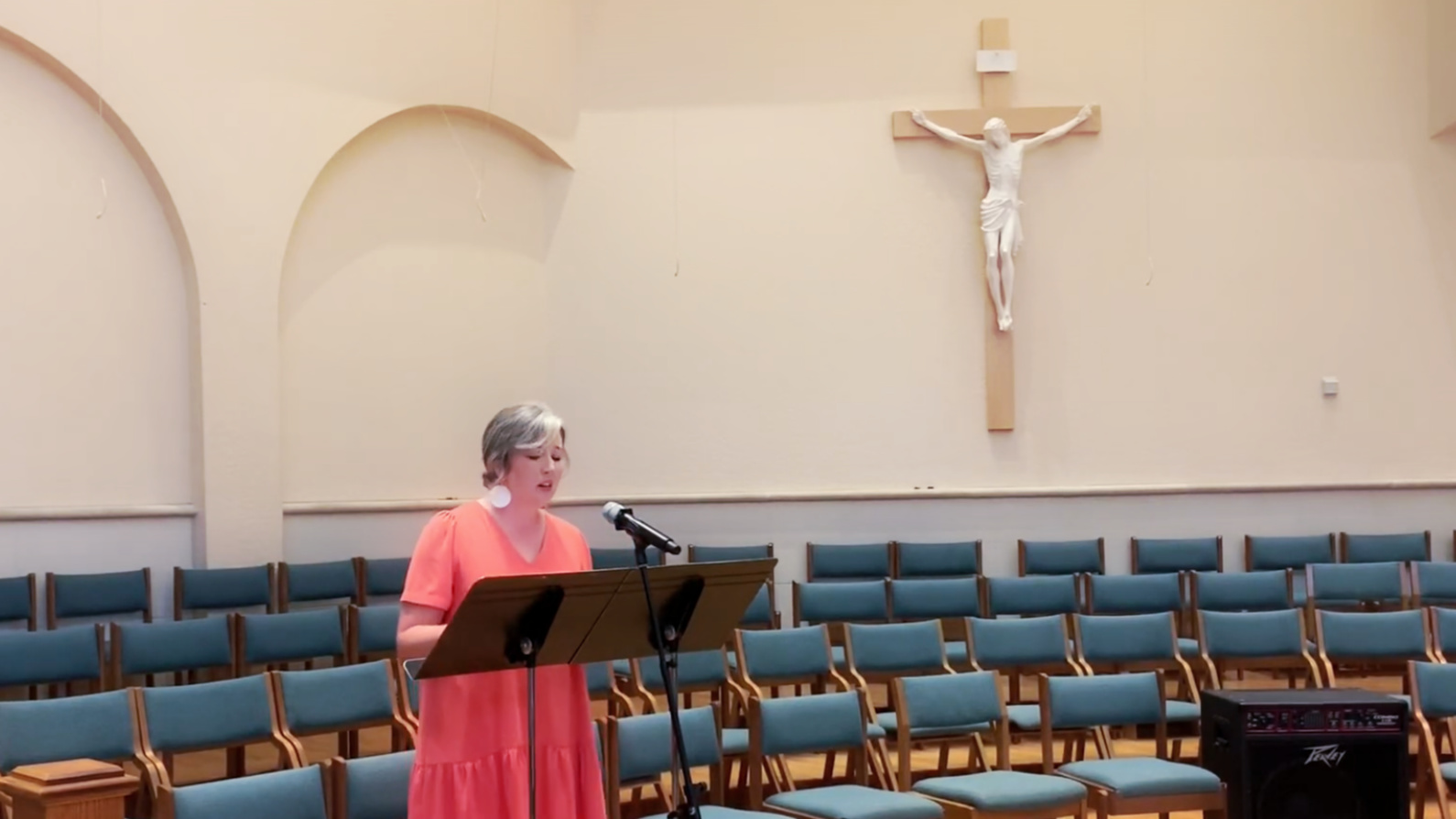 I’ve been involved in music ministry in one way or another since the 6th grade.  Roughly translated, that equals out to about 30 years of singing for Jesus.  As a soloist and music minister, I’ve been a chorister and a cantor in choirs of all sizes; sung everywhere from Catholic school chapels to St. Peter’s Square in Rome.  Not too shabby, right?  So, one might think that someone with this kind of experience wouldn’t be surprised by much anymore, yes?

The holy, beautiful, and overwhelming experience I’ve had over the past five Sundays, ever since Palm Sunday 2020, has been like nothing I could have imagined.  Because who could have imagined cantoring Holy Week, Easter, and six weeks of live-streamed Mass during a global pandemic?

A Soloist or a Music Minister?

A few days before Palm Sunday, my friend and music director, Frank, texted me.  He asked if I would be able to join him in providing music for the Palm Sunday, Holy Week, and Easter liturgies.  Up to that point, he had been doing everything (playing and singing) all on his own.  But, considering everything involved in that highly musical week of Masses, he needed help.  Could I come and be the cantor?

I won’t lie and say that it was easy.  That as soon as the YES was out of my mouth, it was nothing but sunshine and inspiration.  Not even close!

What actually happened was that as soon as the YES was out of my mouth, doubt and fear came crashing in.

Why was I being asked to do this?  What made me worthy of actually being at Mass and being able to receive the Eucharist when so many people who are holier than I am can’t?  Would people resent my presence at the Mass and, therefore resent me personally?  What if my voice couldn’t stand up to the rigorous demands of Holy Week?  Why me, Lord?  Why me?

Well, after being talked off the ledge by a couple dear friends, my confidence was restored.  I was a music minister, after all, right?  And to paraphrase Mordecai to Queen Esther (Esther 4:13-14), perhaps it was for a time such as this that God had made me one?

It was time to find out.

Voice of the Crowd, for the Crowd

Mass on Palm Sunday was one of the most beautiful and most bizarre experiences of my life.  Our church can easily seat 2,000 people, yet there were only seven of us there.  There were the three priests, the sacristan, Michael (the tech-guy extraordinaire), Frank (the aforementioned music director), and myself. 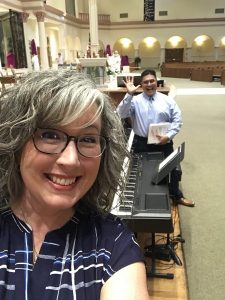 Before Mass, we worked out how the Passion would be read.  Fr. John would be the narrator, Fr. Sebastian would read Jesus’ words, and Fr. Bernie would be the voice of Pilate and Peter. Meanwhile, I would use my microphone to read the voice of the crowd.  That worked for me!

During the reading, though, something happened.  I guess you could say I had a bit of a revelation.  There I was, singing in the choir area…by myself.  Reading out the voice of the crowd…by myself.   Singing all of the communal hymns and Mass parts…by myself.

I realized in that moment that I wasn’t just there as a soloist.  It was something much, much deeper.

I realized that by agreeing to sing for a live-streamed Mass, I was in essence agreeing to be the voice of the crowd.  Everything I sang, I sang on behalf of every single person watching and praying from their homes.  Every response I gave, I gave on their behalf.

In the depth of my heart, something changed.  I wasn’t at church simply to sing to them or for them.  I was there to sing as them.  That in some way I didn’t totally understand, the Holy Spirit would truly “make me an instrument.”  And because of that, I was no longer there as a soloist.

I was there as a music minister in the fullest and most complete meaning of the term.

As the weeks have gone on, that experience on Palm Sunday has stayed with me.  Oddly enough, so have all of those “why me” questions.  They don’t plague me like the once did, though.

Now, I may question why God has given me this talent or asked me to share it in this way.  But I have the confidence not to shy away from His calling upon me.  I may feel unworthy or unequipped for the task set before me.  But I know that He will not leave me alone when He asks me to do something difficult.  I will be a music minister for Him as long as He wants me.

So, yes.  I’ll keep singing, dear ones, and I’ll keep picturing my friends and family and other parishioners in “the spots” in the empty pews.  I’ll keep showing up as long as I’m called.  And I’ll keep praying before every Mass the prayer that I’ve said for years before singing the Responsorial Psalm:

Holy Spirit, sing for me today.  Let it be Your voice they hear and not mine.  Use me to touch the hearts of Your congregation and bring them joy.  Amen.

BethCatholicfaithliturgical musicmusic ministry
Back to (a new) Normal?
The One About Nothing in Particular