Christmas Past: The One Where God Used His Powers 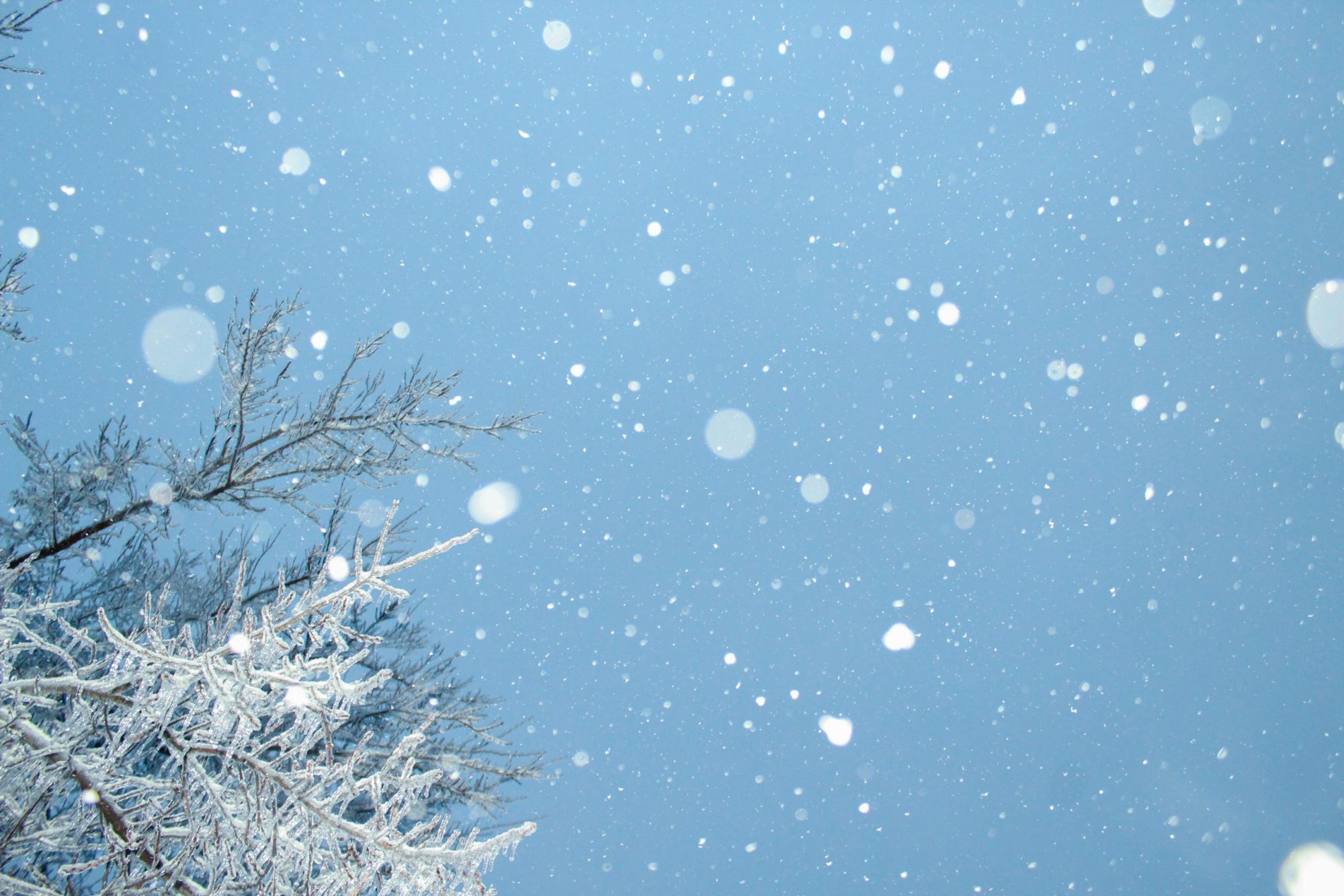 Maybe it’s the fact that our second kid in as many weeks is down with a nasty stomach bug.  Or maybe it’s that in 10 short days, we’ll be celebrating Christmas with my parents, siblings, sibs-in-law, nieces and nephews.  Actually, I guess you could say that I am in desperate need of cheering up whilst I’m simultaneously pee-my-pants excited.  Whatever it is, I’m feeling very nostalgic and thinking of lots of “Christmas Past” type memories.

So, in an effort to break myself out of this strange funk I’m in, I’d like to share one of my favorite Christmas Past stories with you.

When you grow up in Florida, it’s a rare Christmas indeed that you get to see snow.  So you can imagine how excited my three kiddos were when the forecast the year we visited my parents in Cleveland, TN called for exactly that!

We didn’t quite believe we could be so lucky, though, you know?  In fact, if I remember correctly, that Christmas Eve was actually somewhat warm.  My parents had welcomed the 5 of us, my brother and his new wife, and both of my sisters into their new home for the holiday.  My six-month-pregnant self hadn’t exactly enjoyed the 10 hours in the car it took us to get there, but being all together was more than worth it.

After a lovely Christmas Eve of fun and food and family time, we put our three kids to bed after setting out the obligatory cookies and milk for Santa.  They were 8, 5, and 3 at the time, so it was quite the big deal!  Then we grown-ups settled in for our own holiday merry-making… cards and spiked eggnog (well, not for this preggo) and laughing to beat the band.  Admittedly, it was pretty late when we went to bed and certainly none of us checked the weather report before turning in for the night.  Surely, it had been too warm for snow.  Surely, the kids were going to be disappointed.

Dark and early the next morning, three little Willibys were up and ready to head out to the family room to see if Santa had indeed found us at Grandma’s house.  And guess what — he had!

Adam received a huge Harry Potter LEGO set.  Josh couldn’t help but jump up and down and clap when he saw his new Imaginext Bat Cave.  Meanwhile, Leah pushed her doll stroller with her brand new Bitty Baby all over the family room.  Soon, though, she stopped.  As she looked out the big front window, she stood perfectly still.

Her soft blond curls glowing in the light of the Christmas tree, she pointed outside and said, “Wass dat, Mommy?  Dare’s somesing floating out dare!”

Then, almost as if in slow motion, all of the adults in the room turned their heads in one accord.  And “what to our wondering eyes did appear?”

Because God Loves Us

All of a sudden, everyone was in quite an uproar!  Kids and adults alike ran to the windows to see the snow.  Pajama-clad though we were, my dad and I went out onto the back porch to scoop up some fresh snow to bring back inside.  It was too cold to let kids outside in pajamas, but an old guy and a pregnant lady?  No problem!

When we brought the bowlful of snow into the kitchen for the kids to investigate, touch, and (naturally) taste, I gave them quite the surprise.  From behind my back, I pulled out the snowball I had made and threw it at my boys, right there in Grandma’s kitchen.  I mean!  How many times can you snowball fight your Florida-raised kids inside the house on Christmas morning?!

As the boys played, our sweet blue-eyed girl stood once again, staring outside as the snow continued to fall.  Then, in the sweetest little voice you ever did hear, she said, “Grandma, God sent us this snow.  He sent it to us because He loves us.”

“Yes, He sure did, Leah,” Mom replied, tears in her eyes and in her voice.

“Yep!” Leah said.  Then, with all 10 pudgy little fingers tickling the air, she said, “Yep, He did, Gwandma.  And he used His powers!”

And He Wasn’t Done Yet 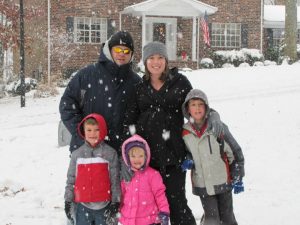 You know, I’d be totally fine if that was where the story ended.  But you know and I know that God doesn’t do things by half measures.  When He has surprises in store for pretty little 3 year-old girls and their awe-struck families, He goes all in with the abundance.  And that’s just what He did that Christmas for our family.

You see, friend, as the snow continued to fall all that Christmas Day long, some miracles were set in place.

First, we made it to Mass on time.  Which we all know is no small feat when you’re talking 11 people using 2 bathrooms, one of whom is 6 months pregnant and three of whom were under the age of 10.  Also, fresh snow on the ground pretty much brings Tennessee traffic to a standstill, but that morning the roadways were clear.

Next, our Florida kids were able to build a snowman (albeit a tiny one) and have an honest to goodness snowball fight.  After we came home from Mass, we all changed clothes and headed out into the cold to play in my parents’ huge front yard.  No one was safe from the flying snow and there’s even tell that a certain oldest grandson threw a big snowball right into his Grandma’s face!

Third, while we were there, God had set the wheels in motion for my sister to be engaged by the following Christmas.  Soon after she returned home, she would meet the man that we all knew right away was the one for her.

And last but not least?  Well, less than three short months later, He allowed us to welcome our sweet Lucy into our family.  And as it turns out? She’s now the only Williby kiddo who has never played in the snow.

The Magic of Christmas Past

Well, dear reader, I hope this trip down Memory Lane has lifted your spirits just a little bit.  It certainly has mine.  There’s nothing wrong with waxing a bit nostalgic at Christmas, you know.  In fact, I think it’s one of the best parts of celebrating — looking back at Christmases gone by with love and gratitude for the gifts you never realized you’d always remember.

Now, whether or not God decides to use his powers to send you a snowy Christmas this year, I hope you find a bit of magic in that blessed day.  May this be a Christmas Past that stays in your heart forever. 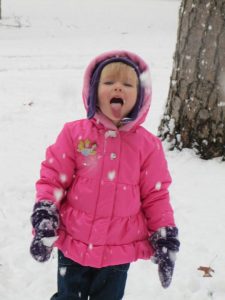 2 thoughts on “Christmas Past: The One Where God Used His Powers”